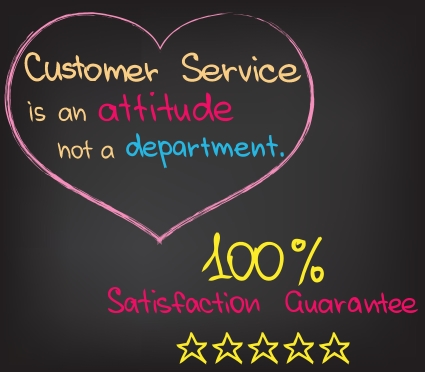 Art & Culture
June 10, 2017 Madrid Metropolitan
One of the silliest precepts of political correctness is the idea that if you change the language then you change the culture. This appeals to simple minded activists because it’s a lot easier to police what people say than it is to control what they think or do. It’s an instant and easy route to self righteousness. Just catch someone using the wrong word, adopt a patronizing air of moral superiority, and you’re off. That isn’t to say that the words we use are not important. Language, like ideas, evolves. But this doesn’t happen simply because we want it to. Language tends to reflect reality, not the other way round.

A good example of this is the use of the word “customer.” Once upon a time, before Tesco’s laid waste to our urban landscape, and Starbucks convinced a whole generation that drinking piss-weak overpriced coffee was a cultural act, people travelling on British trains used to be called “passengers.” Then with the triumph of half baked free market ideology, a succession of mad governments set about making the British rail network the worst and at the same time the most expensive in Europe. There was a certain inspired lunacy in the way that as the service got worse and worse, so ticket prices got higher and higher. It’s a process which shows no sign of abating. It’s already cheaper to fly from Madrid to Bristol than it is to take a train from Bristol to London. It’s only a question of time before space tourism becomes a reality and a trip to the inner planets of the solar system costs less than a day return from London to Brighton.

As they set about decimating Britain’s trains, the newly created private rail companies started referring to their passengers as “customers.” Virtually overnight, in a Stalinesque semantic purge the word “passenger” disappeared from all official signage. One imagines gangs of zealous neo- liberal graphic designers working through the night to beckon in the new era. The word “passenger” implies that you are partaking of a service, and this in turn implies certain rights, or standards. The word “customer” means that you have taken a decision to purchase something, and that you are therefore a willing participant in the process of discovering what the market will bear. Rail companies quickly found out that in an overcrowded island, where horrors like the M25 strike terror into the hearts of commuters, the market will bear quite a lot. Like all companies, they set about treading that finest of lines which balances costs and incomes, or put another way, seeing what they think they can get away with. How much can they charge? What’s the shoddiest service people will put up with? How can we deliver it the cheapest? These are the intellectual puzzles which engage Board Rooms across the world.

Interestingly football clubs have started playing the same word games. For over a hundred years people who followed football were called “fans.” They supported their club through thick and thin and in return demanded reciprocity, based not on economics but on concepts like loyalty and identity. Fans’ feelings mattered, or at least clubs had to pretend they did, because what would the clubs have been without the fans? Now that the game has purposefully shed its roots in working class communities and become part of the global entertainment industry, football clubs, like train companies, have started talking about their “customers. “ And so here we are again, back with what the market will bear. And surprisingly again, the market will bear quite a lot, a 500 % real terms price increase since the Premier League began for example. Clubs need not feel any obligation to “customers.” They just have to find that sweet spot which enables them to price tickets in a way that maximizes revenue. Don’t want to pay 60 quid for a ticket? As long as someone will it’s not a problem. And of course these days you get a plastic seat, proper toilets, and access to overpriced refreshments. In all areas football clubs, like train companies, have elevated the concept of taking the piss to Olympian levels. They haven’t yet started charging people for the privilege of actually having a piss but give them time and I’m sure this innovative idea will soon be a feature of the modern football stadium, just as it already is at most major train stations. It’s what happens when you become a customer. It is ultimately your choice whether to purchase that piss or not, just as it’s up to you whether you take the train, or walk/swim/give up work.

Crucially, unlike with political correctness, the changing semantics went hand in hand with a whole new way of doing things. It reflected rather than caused the new reality which is that you are part of a market, and the market is omnipotent, and it will set the tone for all human relations. But surely we have a choice? Well yes, we can choose between being shafted by any number of mobile phone corporations vying to entrap us in an existential loop through an infinite number of Call Centres around the world. We could of course choose to give up football, and phones and if the deranged President of Nestle gets his way we could surely also wean ourselves off our childish dependency on clean water. That’s what choice is all about.

But unfortunately our transition from sentient being to customer has gone hand in hand with another 21st century phenomenon, the rise of marketing ie the systematic use of psychology to confuse, disorientate, and prevent us from making rational choices. Marketing has entered the social fabric to such an extent that some people have begun to market their entire existence. The concept of selling yourself is no longer restricted to the sex industry.
Once we have been seduced by the marketers’ appeal to our innermost fears, or to healthier emotions such as greed and envy, and they have thus managed to “convert” us into a sale, then we are ready for the next stage in the process which is being subjected to customer service. This is the bit where they try to persuade you that your purchase was a wise one which you should repeat often. In contexts like rail networks where only demented free market ideology posits that you have any genuine choice, the customer service is generally piss poor because the only reason any sane person would get on a commuter train is because they have to. In other contexts however, it’s an area where companies can genuinely compete, a verb much beloved by neo-liberal oligarchs.

The theory is that as this competition is based on quality and price so all sorts of niches get created into which consumers can stride purposefully as they enter a nirvana of ever increasing satisfaction. In reality however, we are primed into submission first by marketing, and second by clever design which distracts us from the cold dark truth that all companies are trying to charge as much as they can get away with while simultaneously delivering their product at the lowest possible cost, and that as a consequence most of them are stuck in a kind of metaphorical trench warfare, as we the customer advance nervously through no man’s land.

Genuinely increasing quality tends to increase costs so companies instead focus on the consumer experience and this is where customer service really comes into its own. Taking their lead from American culture, companies have started to pretend that the ancient and complex bonds of human relations have not really been subsumed by seeing what they can get away with. And so we have this appalling tendency whereby because they have flogged us something they can get all matey with us. This must be a boon for the genuinely lonely. For the mere price of a cup of coffee and a sandwich they not only gain a new friend who goes to the trouble of finding out their name, but they are also instantly ushered into an actual family on twitter, on facebook, on anything but the real world. Loyalty, an ancient concept centred round abstract notions of kinship and identity, becomes a byword for inane card schemes whereby if you shop in the same place for long enough, for every washing machine you buy you get a free pint of milk. And meanwhile those of us who are not suicidal and merely want to be left alone are subjected to all kinds of noxious well wishing. As society fragments beneath the contradictions of neo-liberal insanity and as genuine human relationships become fraught and unstable, so this endless corporate bonhomie has emerged to fill the emotional void.

When in Madrid a waiter tells you “to have a fantastic day” then you know that the apocalypse is at hand, as once proud grumpy bastards are reduced to the status of grinning automatons uttering mindless platitudes. Admittedly it’s not universal yet, and it’s reassuring that you can still have the experience of being ignored in a Madrid shop or bar by someone who has a crap job and real blood in their veins, but it is a dying pleasure. I have had the odd fantastic day, but not many. You would need lots of drugs to achieve the levels of happiness that are demanded of the modern consumer, and some of us to need to work to pay for all the crap we have become addicted to, and which becomes outdated the minute we get it home. So Dear Reader, I will end this by wishing you instead a “bearable day.” I hope you get through it somehow. Headphones help.