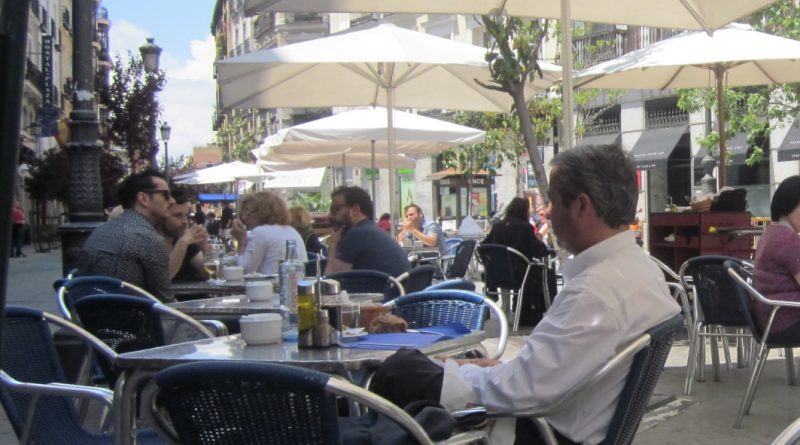 “All generalisations are dangerous, even this one.”
― Alexandre Dumas Jr.

A google search on business culture in Spain reveals a surprising uniformity of opinion, and more than a few stereotypical depictions of local customs. But with society changing rapidly and an ever growing diversity among sectors, the way business is done in Spain is changing too, so not all the traditional generalisations may apply.

One recurring theme in all the guides is how the Spanish place a high value on personal relations and building trust. We subscribe fully to that, but bear in mind that in the professional world, a more hard-nosed criteria than the number of long lunches you have shared will also come into play. Nor should bonhomie and backslapping be misinterpreted as a promise to buy your product.
Business lunches are traditionally considered to be a good way of building relationships, but don’t assume that a good lunch is always appropriate. Many people are too busy for long lunches. The key is to know who you’re dealing with. Since face-to-face contact is normally important in Spain, a mid-morning coffee can work well as a more time-efficient way of avoiding a formal round-the-table meeting, or an even more informal beer or glass of wine after work. In the latter case you’ll probably find your Spanish counterpart quick off the mark to pick up the bar bill. If so, make a genuine and determined attempt to pay yourself. They probably won’t let you, but your good intentions will be appreciated.

The process of building trust takes time, so don’t expect decisions to be made on the first meeting. If you do sit down for lunch before any deal is done, many guides even advise against talking about business at all, or at least not until well into the meal. I recall one lunch in one of Madrid’s swankier restaurants in which the investors in a cash strapped and loss-making retail chain had barely waited for us all to be seated before asking directly if we were prepared to lend them money. The answer was no, and although that wouldn’t have changed if they had waited to ask the question until the dessert, we might have all savoured the lunch enjoyed it a bit more.
Spain is often associated with a lack of punctuality, but be wary of that old cliché too. It’s true that folks here are slightly less obsessive about turning up on time. Madrid is a big city with lots of traffic, so it’s wise to build in some flexibility to your schedule for possible late shows, but do all you can to avoid being late yourself – especially if you’re the one trying to do the selling.

Working hours can vary greatly. The standard working day is assumed to be from 9 to 7 (or later) with a two hour (or longer) lunch break, but this is by no means the norm. Factories tend to start and finish early, and many businesses allow one hour for lunch, often in a staff canteen. The sandwich-at-your-desk tradition so embedded in London culture and so disliked by nutritionists has never really taken off here, so as a general rule don’t expect meetings between 2 and 4 pm. Virtually no one has the luxury of a quick sleep after lunch, so avoid any mention of siestas which can come across as negative stereotyping.
Bear in mind that many companies close early on Friday’s, so aiming for a meeting on Friday afternoon may not be a popular move. August should be avoided as much as possible, and it’s worth checking for local bank holidays before arranging a trip. Think about what clothes to take – the Spanish are generally snappy dressers and give importance to appearance. Ties are far less common these days in many businesses, although most (male) bankers, lawyers and accountants maintain the tradition. Either way, in the words of one expert, both men and women are advised to “dress with elegance and use only top-quality materials in subdued colours”. Then there’s the weather factor – in Madrid, summer can be hellishly hot so thick wool suits should be avoided.
Spain is a diverse place and Madrid a cosmopolitan city. Business culture is not uniform, and will vary depending on the type of company you are visiting. Our advice to avoid gaffes is simple: be aware that things may be different, find out as much as possible about who you’re dealing with, and be flexible. Above all, relax, enjoy the city, and work on building up trust with your Spanish partners, because whether or not it’s your first visit to this city, you’ll almost certainly want to come back.