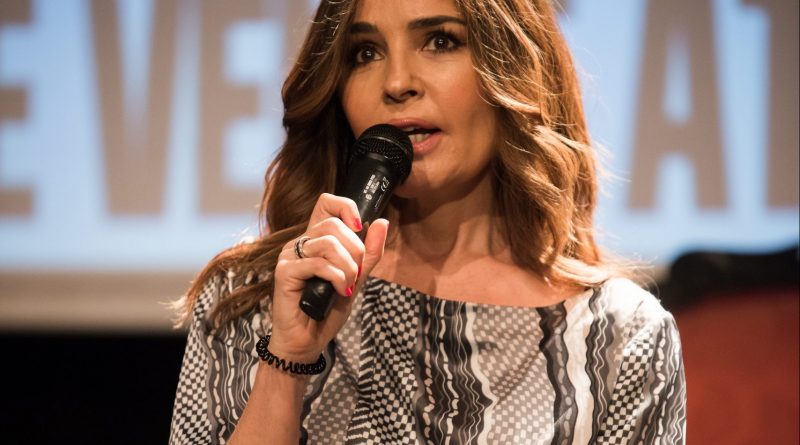 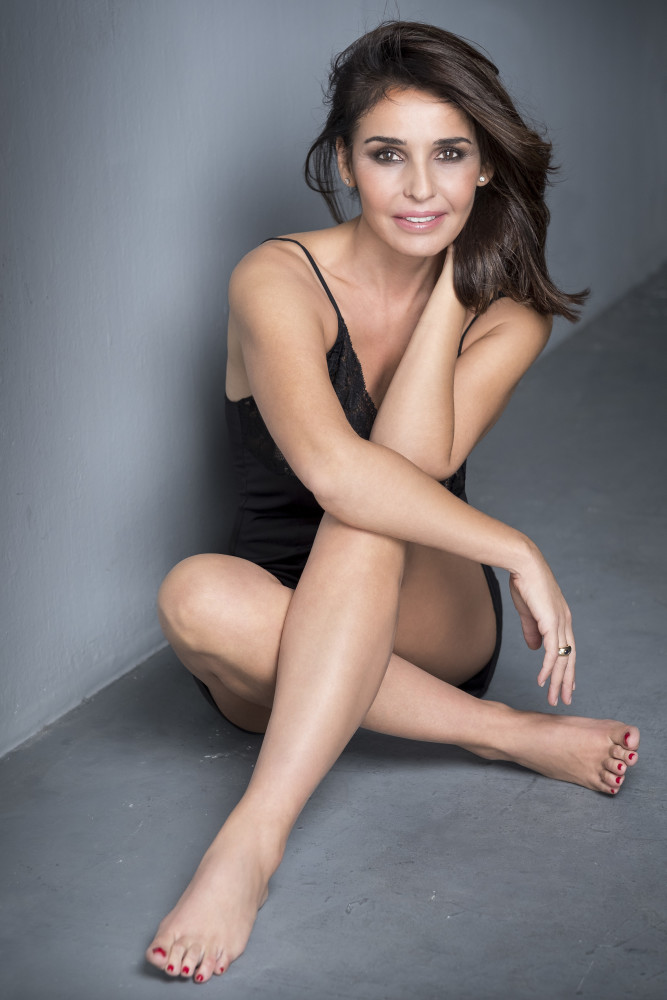 It was theatre, we were touring around Spain, we were self-made actors and we would go to the fairs and then we started later with international movies for example with Alberto Lattuada, Mario Monicelli, I was hired by a company and we had a repertoire of 5 different plays and each day we performed a different one.

Did you have a favourite play at that time?

Dario Fo ‘Aqui no paga nadie ‘. It was very funny. I enjoy comedy.

You have a long list of both films and theatre productions in your portfolio.  Which medium do you most enjoy working in?

Both. They are very different.

You studied acting in California.  Would you say that the acting techniques taught in the United states are very different to the methods taught in the Spanish drama schools?

Not so much anymore. I think it is more global, it is all more or less the same but at the time that I studied, yes.  I studied a restoration comedy at USC.  I studied with Ivana Chubbuck who discovered Brad Pitt, Charlize Theron was in my class, Eva Mendes… I would say that the US is always more ahead, they are more modern.

Later you worked in the US for a while.  How did you find that experience?

I did 2 plays with my own theatre company. I individually produced Fool for love and the Trojan women in English. It was a fabulous experience.

Your Father Adolfo Marsillach was a hugely important theatre director and writer.  Would you say he inspired you to study acting or does it just run in the family’s veins?

I think it runs in the family´s veins.

In 2019 you had the book ‘Adolfo Marsillach, complete theatre,’ published. Are you planning any other projects in the future to pay homage to your late Father?

With the Obra Social la Caixa Foundation we always do adaptations of my father’s plays, to make his entire repertoire known and because of their value. In fact, we are now shaping the project for this year, but I can’t tell you yet what we are going to do, because we are still deciding.

Last year was the 10-year anniversary of your theatre company, ‘Blanca Marsillach’ (joint venture with Varela productions) how did you celebrate this?

2019 was the tenth anniversary of Varela Producciones and The Company of Blanca Marsillach as a social theater producer, as before then the projects we carried out were all commercial. This year, to celebrate our achievements, it is very likely that there will be surprises and new projects, and we will carry out commercial theatre with a social background, since we conceive the performing arts as a vehicle of communication, education and transmission, and ultimately an engine for sociocultural evolution. This anniversary, coincided with that of the interactive theatre program adapted for people with different abilities that we developed together with the Repsol Foundation, we had Emilio Gutiérrez Caba as patron.

Your theatre company’s goal is to bring the theatre closer to the less favoured sectors of society, how did this project come about?

We were watching television one day Elise Varela (her business partner) and I and we saw an actress that was doing an NGO and was helping people and that’s when we thought we would go that way and give something back to society.  We started with commercial theatre and then we moved in to social theatre but right now we are thinking of going back to commercial and mixing it up.

Your latest project is Belcebú, a play about bullying in schools, a subject of such great concern, how did you decide to go about targeting this sadly common problem?

There is an issue, there is a lot of bullying and so Elise wrote the play and we got a director, the actors, rehearsed and we opened. Then there is the other part, there is a taller and the students go on stage and they try to find solutions to the bullying, they get the chance to act on their feelings and find a solution on the stage. Theatre is a great eye opener and people when they get on stage, they become a different person and they open up.

The theatre company’s programmes for people with disabilities provides a fantastic medium to help people express themselves and the interactive concept you use is brilliant! What inspired you to structure it in this way?

The structure is based on the end goal that the project has, to promote the social inclusion of people with different abilities and their approach to the performing arts. After ten years working for and for this group, we know that their favourite genre is romantic comedy, but certainly their favourite part, and ours, is the interactive workshop in which they become an active part of the work assuming the role of the actors, for this they go on stage and represent some of the scenes. Most of the beneficiaries of this program have down syndrome, but the type of disability depends on the centre or association with which we collaborate in each event. In addition, it should be noted that the inclusion is made on all scales of the project, since the cast of actors and actresses who interpret the works are also people with disabilities, in fact we are pioneers in having a cast of professionals with disabilities on tour.

Your theatre programmes for children help them to address important issues, do you also perform at the schools?

Yes, we do and if you are interested in us going there to your school then it is very doable.

You also do vital work using the theatre to help women who have suffered domestic abuse.  Tell us more about this project.

They are programs for the empowerment of women, the recipients are often victims of gender violence. Therefore, the theme of the plays shows them a reality close to theirs so that they identify with the character and later we do workshops with psychologists and specialists to increase their self-esteem and to escape their fears to be able to change their reality and not be under the law of a man. 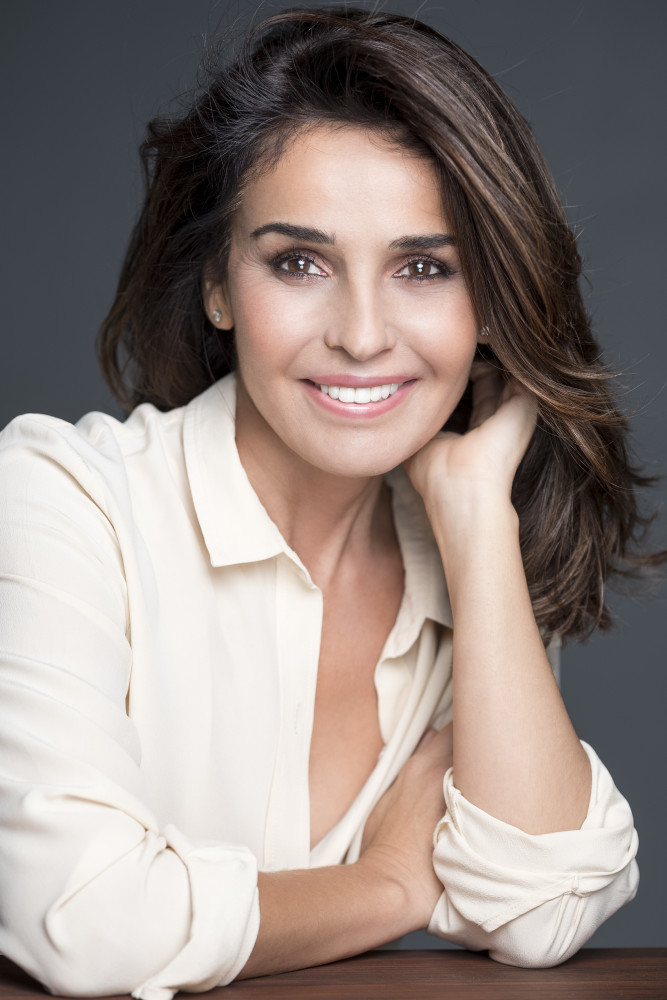 Your theatre company has been a very important part of your career over the last few years but would you like to take on another film role at some point?

Last year I did the TV series Snatch with Tristan Ulloa, Úrsula Corberó and Rupert Grint (Harry Potter) and yes I hope to do more TV series or movies.  At first, I was very focussed on the company but now I have more time to combine both, and I have very much made the decision to go back.  I am currently doing a programme on Intereconomia TV called ‘Escenario Marsillach’ where I interview famous people who are working in culture or in the field of arts.

In an interview for El País newspaper you stated ‘As you add years to your life, you add life to the years,’ a poignant comment, can you expand on that?

Between verses and Marsillach, is a program that we have developed over three years in different cities. Around 500 older participants have benefited. In this project we converted a group of about 10 or 12 people from active participation centres in to actors in one day with an adaptation of my father’s work “A night with the classics”. We share the stage with all of them, Begoña Mencía, with a back projection of Adolfo and I. It is very exciting, because they knew my father better than anyone, since they are his peers. Promoting active and healthy aging through the performing arts is very comforting and more so when we are all getting older.

Do you have a preference, theatre or film or TV series?

With movies you get more chance to rehearse whereas with TV its faster pace and they are both very good training. Theatre is a different animal completely and it has changed a lot, you used to go on tour for months at a time and now they are programmed for a month and they go only touring for weekends and then they come back to Madrid….it has changed a lot.

Have you got any projects at the moment?

I do have a project yes. I don´t know yet if it is going to happen but my intention is that it happens.

Anything else that you want to add?

I would like to take the concept of the theatre company to other countries. Could be the united states as there are a lot of Spanish speaking people so we could do a bilingual project. I would invite people for example the Embassies who could sponsor us to take it there.