Madrid´s booming craft ale scene as been given a boost by the opening of La Latina´s newest tap room. David Ross and Patrick Tuck are the founders of the Oso Brewery Co

Patrick talks to the Madrid Metropolitan about their move, vision and the Madrid beer scene.

It was almost a year ago that David and I left our jobs and lives in London and made the move to Madrid to set up Oso Brew Co. We came with a clear idea of the beers we wanted to make –  light, refreshing and balanced,  but we were interested in finding out more about the spanish beer drinker too and that meant delving into history. 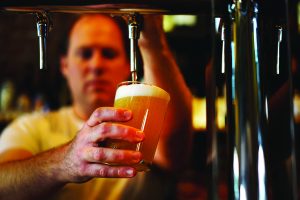 It turns out Spain has a fascinating brewing heritage. Traces of early brews were discovered around Barcelona from as far back as 5000BC. The arrival of the Romans, however, like with so many European countries brought vinification. Romans drank wine – Pliny the Elder wrote disparagingly of beer from Hispania – and that the locals drank far too much of it.

Then, half a millennia ago, Spain started to enjoy a beer revival. In 1517 Emperor Charles V (  Carlos I of Spain )  took the throne. A renowned gourmand, Charles could not live without his favourite beverage, the Flemish style beers he´d been drinking during his formative years in Ghent, Flanders. He brought two Master Brewers from Flanders to the Spanish court in Valladolid, and historic tasting notes from the period note, show  greater hop flavour and bitterness. The nobles soon followed the lead of the king; and before long beer of quality (usually with ice) was common at most banquets of the upper classes. When Carlos abdicated he ritired to Yuste in Extremadura he brought a brewer with him to build a brewery in the monastery.

SPAIN’S DIVERSE BEER SCENE
So where are we now? The current beer renaissance focuses more on craft beer or cerveza artesanal  a loose term generally referring to brewing methods respecting the natural process and fermentation, without the use of enzymes and other adjuncts to speed up the process. Brewers of all nationalities can be found across Spain´s rapidly growing craft beer landscape, creating one of the most interesting and diverse environments for drinkers. Influences from the UK, US, Belgium, Scandinavia, Germany and France (to name a few) along with of course the excellent homegrown talent, are testing the Spanish palate and challenging the notion that a bar or restaurant need offer only one beer.

OUR BEER MISSION
David and I have a similar story to many brewers Ð brewing at home, tweaking recipes, sharing bottles with friends before moving onto larger professional equipment. I spent five years at a London microbrewery learning everything I could about beer. Our focus is on balance and drinkability. We grew up drinking beer in pubs – we even met in a pub here in Madrid more than 10 years ago –  and our mission is to make house beers that you keep coming back to. Our two core beers: a table beer Cerveza de Mesa and a Citrus Cream Ale both fit the build. We think these light, smooth beers with gentle bitterness and hop character offer the perfect alternative to the standard caña or clara. The Citrus Cream Ale has an extra focus on smoothness (hence the word cream, referring to the mouthfeel  there´s no dairy involved!) and is brewed with lemon and orange peel.

THE MADRID BEER BOOM
Madrid is rapidly becoming one of the most exciting cities for beer. Spaniards, just like in Pliny´s day, still drink a lot of beer and with such a sophisticated sense of taste coming from their legendary food and drink culture, it’s not surprising that they are crazy about artisan beers and all the variety the scene here has to offer. 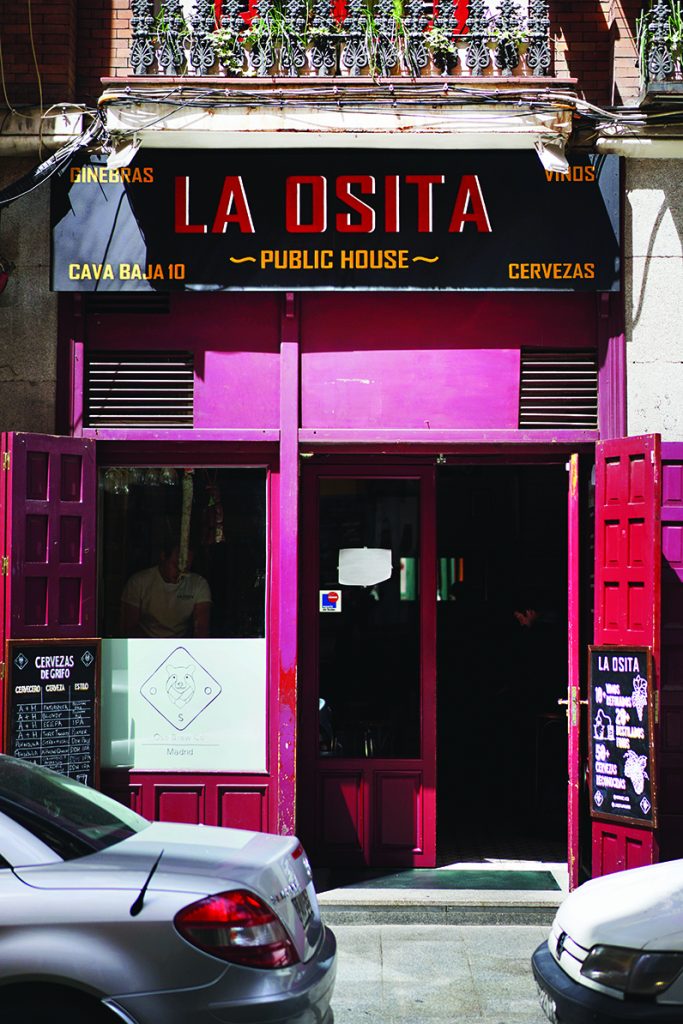 At La Osita,  our Madrid tap room, we serve our own beers, as well as guest beers from Madrid, Spain and across the world. We are fascinated about beer and love talking about it so why not come down for a glass.

Patrick is the co-founder of Oso Brew Co. Visit their tap room bar La Osita, at Cava Baja 10 in the heart of La Latina. www.osobrewco.com/