What drew you to stand up comedy? –  In all sincerity, I think in hindsight it was the opportunity to seek creative fulfilment in a manner that fits my personality.  Stand-up comedy is immediate, flexible and portable which is why I can perform in Madrid and Barcelona.

Do you have a preparation routine? – International shows are a different task than a domestic one. Cultural and language differences mean that there are references and cultural understandings that you have to figure out, but in those differences are incredible opportunities for humor.

What are the pros and cons of touring for you? – The pros are a longer set which is far more creatively fulfilling and results in more growth. The cons are travel but more specifically being away from my family which is why I often schedule international shows around school breaks so they can travel with me.  After my Spanish shows I’ll be meeting my family in Prague.

How would you describe the feeling of being on stage? – I would say the first 10 years I did stand-up comedy it was a combination of exhilaration and downright horror but now that I have done it so long, in a strange way it is the most comfortable place to be. Coming up with a new joke or a new line to a new joke is the best high anyone can achieve.  Then again I haven’t tried heroin.

Will you be checking out any of the Madrid Comedy scene? – I’ll try, I usually arrive the day before but I might be so wiped out and my priority is to make sure that I am best prepared for my show. 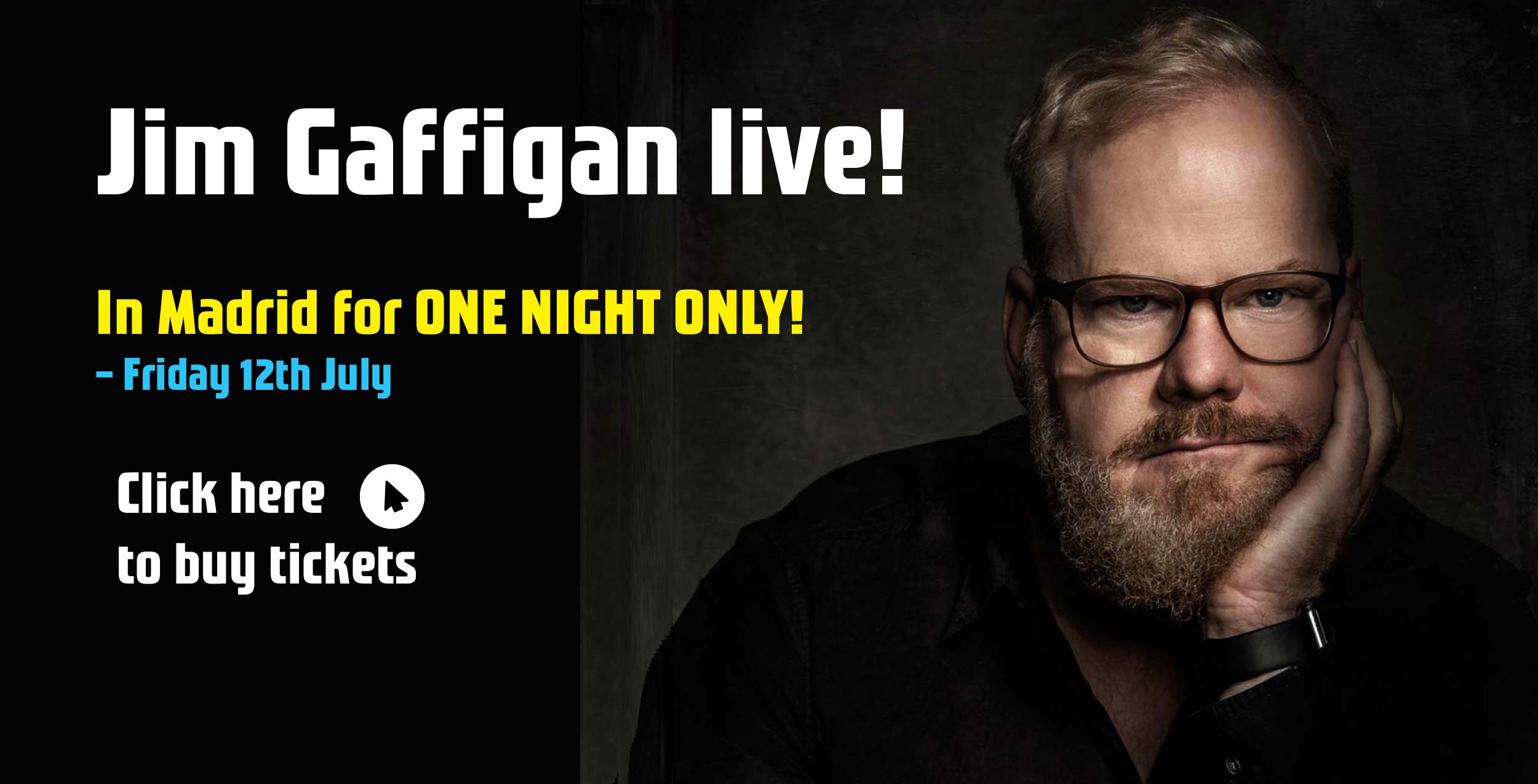 How is your Spanish? – No bueno.  I think really bad.  The last time I was in Barcelona I think there were times that I thought I knew more than I did.

Where do you stand on the debate about whether tortillas should have onion or not? – When I think of how many times a day I get asked this question. Obviously onions are amazing but they have no place in an omelette.  Their texture is confusingly close to an egg.  Growing up my brother would put onions in scrambled eggs and while I loved him in a way, I never forgave him.

After Madrid where is next for your tour? – Barcelona, then Prague, then Budapest, then Donegal and Dublin in Ireland.