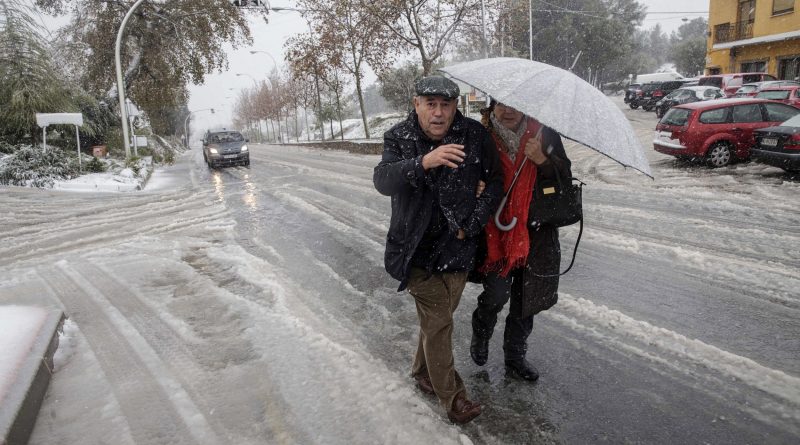 Polar winds bring freezing temperatures to central Spain will be felt across the region and capital in the coming days as 31 provinces issue yellow and orange alerts.

The state Met Office (AEMET) is warning that temperatures could plummet to -10 degrees Celsius in some areas with orange alerts in Leon and Palencia.

Due to clear skies in the Iberian peninsular it is only light snow expected on higher ground.

However worse is to come in the Canary Canary Islands where heavy rains of up to 15 litres per square metre per hour could fall in the islands of El Hierro, La Gomera, La Palma, Tenerife and Gran Canaria.

Showers are also likely in the Balearic Islands and some parts of the coastal mainland especially parts of Valencia, Alicante and eastern Cataluña.