The Federation of Spanish Schools in Spain ( FEDELE) have launched an urgent appeal for government action and support to ensure the survival of the sector due to the impact the coronavirus pandemic and subsequent lockdown is having on the sector in Spain. 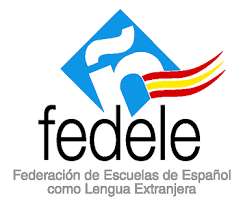 The federation which represents 102 Spanish language schools is seeking government support and specific measures to help the sector survive. According to the recent FEDELE’s 2019 sector report, more than 138,000 foreign students came to Spain to study the language with an accumulated stay of over 470,000 weeks. The report highlighted that unlike other Spanish tourism sectors the average expenditure of language students is significantly above the average and brings in additional income to thousands of host families.

The state of emergency measures introduced have meant school closures and  widespread lay-offs with reservations and courses cancelled. Unlike other areas of the economy the sector´s reactivation depends more on return of international consumer confidence to travel than any relaxation of national of lockdown measures and resumption of flights and opening of borders.

Despite the situation some schools are adapting with online courses. Chris Haworth, Director AIL Madrid said  “all the Spanish schools I have spoken to have been forced to make temporary reductions in staff. Some schools, including mine, have switched to giving classes online and this has enabled us to continue with some teaching activity.”

However Mari Carmen Timor, President of FEDELE, pointed out that whilst online courses do offer limited respite – the volume is far less and ” this product has only served to avoid mass cancellations, which means that it will not be a regular service of our schools”

“Our typical student looks for a linguistic and cultural immersion experience whilst visiting and enjoying Spain’s many delights. With the country effectively closed, this is not possible said ” Rafael Jimenez, Director AIL Malaga
“The Spanish schools fear that, just like with the tourism sector, it will not be until a long time after the end of confinement, the reopening of international borders and air traffic that students will feel confident enough to come back to Spain and continue with an in-country language immersion experience and enjoy all that this fabulous country has to offer.” continued Chris Haworth
Many school directors are not expecting the sector to show sign of recovery until summer 2021 and are worried that the measures offered by the Government such as ICO loans, will not be sufficient for their businesses to stay afloat until the recovery kicks in.
“To be able to survive, we need the Government to recognise that language travel shares very similar characteristics and traits as the tourism sector thus make the same concessions.” said Mari Carmen Timor
According to Oscar Berdugo, the President of EduEspaña, “the language culture tourism directly contributed €560 million to the Spanish economy in 2017 with the total impact being €793 million.” whilst for the same year the Ministry of Trade and Tourism estimated the total value of the tourism sector in to the Spanish economy being €137 billion representing 11.7% of Spanish GDP.
Share The Madrid Metropolitan: The only Madrid English language newspaper