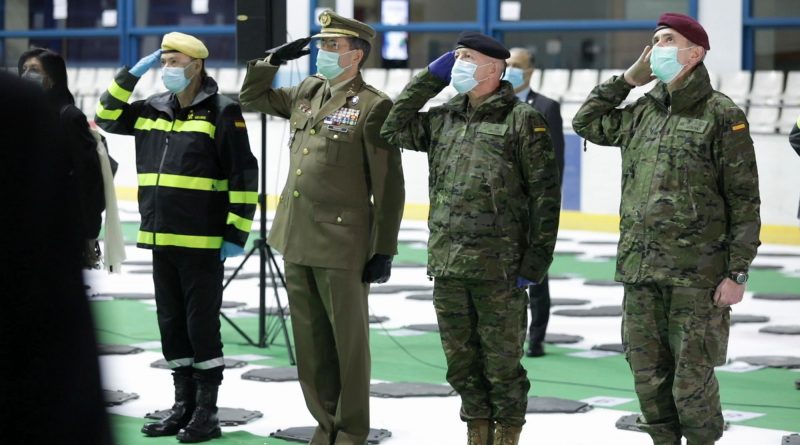 Madrid has closed the Palacio De Hielo temporary morgue which had been set up in an ice rink to store the bodies of coronavirus victims as the city begins to come out of the worst of the crisis. 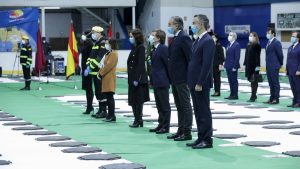 The morgue at the Palacio De Hielo ice rink (Ice Palace) in the shopping centre of the same name in the Hortaleza area of the Spanish capital had been set up on 24th March as the city became the epicentre for the COVID-19 outbreak in Spain.

Local media report 1,146 bodies were eventually stored in the temporary morgue before its closure yesterday in a ceremony attended by Spain’s Minister of Defence, Margarita Robles, the President of the Region of Madrid, Isabel Diaz Ayuso, and the Mayor of Madrid, Jose Luis Martinez-Almeida.

A tribute was paid to the victims of coronavirus and Robles said the victims had “not been alone” and had been “treated with dignity”. 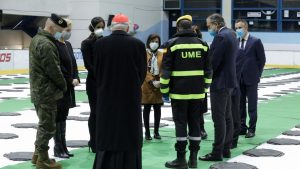 She added: “We were not able to save their lives, but I want you to know that they were not alone at any minute.”

Madrid President Ayuso regretted the fact the victims’ families had not been able to give their loved ones a proper funeral because of strict restrictions to prevent contagion.

The ice rink was one of two set up in the Madrid region to hold coronavirus victims, with the other in the Majadahonda area on the outskirts of the city closing on 14th April.

Minister of Defence Robles said that army officers had accompanied the victims’ coffins and even prayed when they knew the victim was a believer.

The Emergency Military Unit said at the tribute that their mission had been difficult since the first day when they were called to collect the bodies of the first seven victims.

According to the latest figures from the Johns Hopkins University, Spain has registered 208,389 cases of COVID-19, with 21,717 deaths.