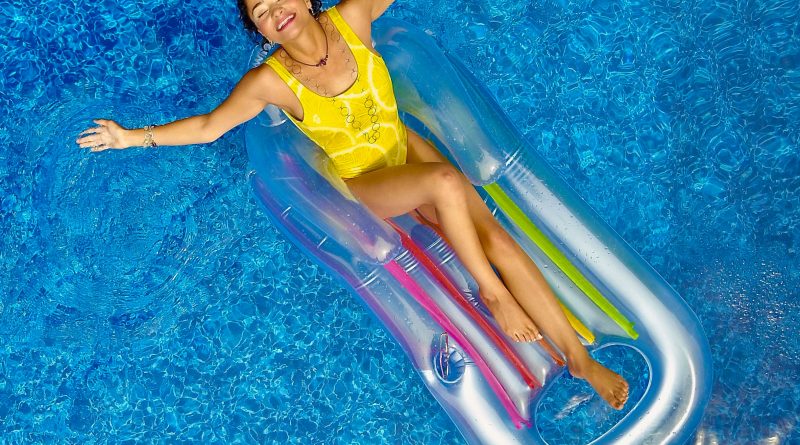 Art & Culture Other Posts
July 14, 2018 Madrid Metropolitan
It’s that time of the year again, holiday time. Not the horrendous pagan midwinter consumer fest, but summer holidays, the stuff of dreams, long since packaged in the deepest recesses of our minds by tour operators, online wholesalers, and chocolate bar advertisers with a penchant for soft porn. Everyone’s at it. Even people with no money usually manage a god forsaken week somewhere, somehow. If you’re Spanish you can always go back to the pueblo, and thank the Gods that your parents migrated to Madrid in the 1960s. If you’re English then you might manage a few days at a windswept campsite adjacent to a cold grey malicious northern sea, and sip tea as you shiver behind a windbreak. If you actually have some dosh then you can head off to the third world and help render mundane what was once thought to be exquisitely exotic, along with hundreds of thousands of like minded adventurers. If you want to do this in some comfort then a fenced off resort, preferably patrolled by armed guards, is always an attractive option, especially if all the alcohol you have ever dreamed of is included in the package.

Statistics actually show that going on holiday is one of the most stressful things you can do, just behind losing your job, your mind, or a loved one, and only slightly above being under sustained mortar fire, or being buried alive. Any fool knows that the secret to success in a long term relationship is to see each other as little as possible, and yet the allure of the family holiday has been drilled so deeply into our psyche that we are unable to resist spending 16 hours a day in the company of people who in normal circumstances would irritate the shit out of us after 90 minutes. Children over the age of 9 are the innocent victims in this seasonal farce as they are torn away from their friends and all that they hold dear, and forced to enjoy themselves in the company of their parents, who are themselves desperately anxious to repair the emotional damage inflicted by their own childhood holidays, the memories of which have now been recycled into things of great joy forever associated with lashings of fun. That’s what memory does. Fortunately the advent of digital technology does provide some relief, as the young can now spend most of the holiday period desperately searching for free wifi connections, as they engage in a battle of attrition over phones with parents who have forgotten what it really is to be young and are unable to understand why a screen is so blindingly preferable to reality.

The universe becomes transformed in these hapless summer months. And Madrid is no exception. The madrileños are hopelessly addicted to the idea of the summer holiday. The whole city disgorges its population throughout July and August in a mass exodus to the coast. It is not clear why this should be. Ostensibly it’s to escape the heat as temperatures in the capital hit the high 30s. However, given that so many people from Madrid exchange the admittedly appalling weather conditions for more or less the same shit but with added humidity, it is likely that more complex factors are at work. The same factors perhaps that supposedly drive herds of lemmings to hurl themselves over steep cliff faces. Part of the fun may lie in the inevitable 3 hour traffic jam to try and actually get out of the city, coupled with the eager anticipation of the seasonal price hikes, and golden beaches full of pissed up Brits behaving in the time honoured manner of pissed up Brits. Unless you go to Mallorca which is actually owed by Angela Merkel. Wiser souls head north to Galicia and Asturias where the greenery provides some relief to the eye, and where if you know what you’re doing you can eat yourself into a state of merciful torpor for well under 15 euros.

Madrid of course attracts its own tourists during the summer period. They can easily be identified as the only people foolish enough to venture out onto the streets between 12:00 and 19:00. Those Spanish people who opt to stay in the city are divided clearly between social classes; those who can afford air conditioning, and therefore live in a fridge, and those who can’t. The latter spend most of July and August in a well of deep darkness, blinds battened down, curtains drawn, anything to keep the ferociously malevolent sun at bay. It’s a period when people who are actually blind come into their own. If sweating is good for you then this is a hyper healthy time of the year, as long as you are not tempted to indulge in anything that might leave you with a hangover. Summer hangovers in Madrid will drain every drop of moisture from your body. If it doesn’t kill you, you will wish it had.

But if you have air conditioning, or have successfully undertaken a desert survival course, then there are many very nice things about Madrid in the summer, particularly the fact that most of the people have left. You can actually walk around the city without having to deal with fellow pedestrians many of whom amble along in large groups at a pace so slow that their movements can only be captured by time lapse photography. Gone are the people who have made it their life’s work to block the entrances to bars and shop doorways, along with the evil hordes who stand on the left hand side of escalators, making time itself stand still, but not in a good way. There are also less people screeching deeply trivial conversations into mobile phones to evidently deaf counterparts, who seemingly need to hear every inane utterance twice at decibels that would get a heavy metal festival shut down in the blink of an eye. Gone also are most of the cars, as the madrileños are mainly out and about inflicting their very specific set of driving skills on provincial Spain. Not that they don’t face stiff competition from equally inept and suicidal provincial Spaniards. However, when it comes to total disregard for other road users, Madrid drivers will always have the edge, which is how it should be. It is the way of capital cities.

Of course lots of the bars and restaurants in the city shut down over the summer period, or at least they did before Madrid became infested by evil franchises run on variable cost principles. Even so, many family run businesses opt to close down in July and August. This merely reduces the choice of bars in the city to one for every 10 metres, so no one is likely to die of thirst, although once again, watch out for that evil summer hangover. Another useful survivor tip is to avoid tourist menus. Visitors on a day trip to Segovia, for example, are often tempted by the classic Segovian cuisine of big sausage and bean stews, followed by roast suckling pig, usually accompanied by heavy, oaky red wines. This is a gastronomy that has evolved to see people through the long Castilian winter, but is not in any way conducive to survival in central Spain in August. Instead you may want to try and sip a little gazpacho, or better still the tinto de verano, a winning combination of cheap red wine and lemonade. Who after all needs food when your body can barely cope with breathing? Even better, many of the shops targeting hipsters also shut for the summer as their core customers spread themselves across the globe, searching for cupcakes, and craft beers, or worse still something “authentic” in the jungles of Laos, or the hills of Tibet. There they will commune with other hipsters and compare beards and tattoos that are as generic as the Apple products that have literally made corporatism hip. Sadly they will all be back again come the autumn, and another decent Madrid bar will have become a Greek delicatessen, or an Ethiopian coffee house.

So, Dear Reader, if you do venture into Madrid in these long summer months, there is, as always, plenty to enchant you. If you have northern European skin, then do try to remember that the sun is not a happy smiley friend in the sky, but a giant ball of flaming hydrogen emitting all kinds of toxic shit along with that life giving vitamin D. Of course we do all need the sun, but a paucity of solar rays is unlikely to form part of your Madrid holiday experience. And even if Madrid is not your destination of choice this summer, I hope that wherever you decide to attempt to escape reality that it will indeed bestow upon you the life affirming experience that so many of us seek in these troubled times. And if not, well, no need to worry, Christmas is coming.