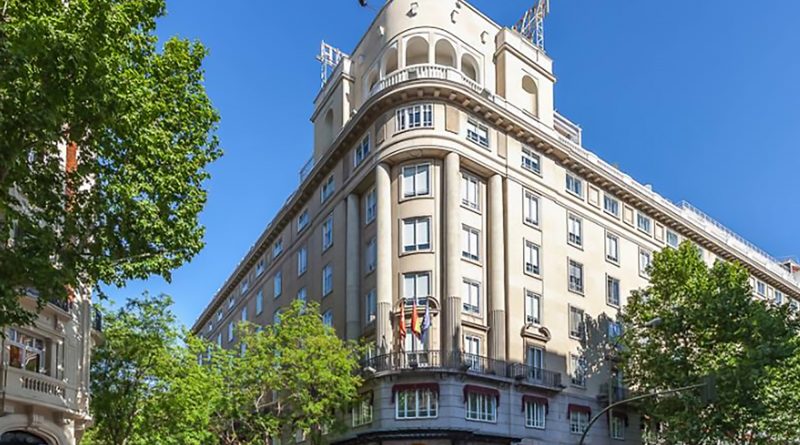 Hotel rooms for Tottenham and Liverpool fans in Madrid for the Champions League final have reached astronomical prices with one suite going for 20,000 EUR a night.

The two Premier League sides will face off at Atletico Madrid’s Wanda Metropolitano stadium for the showpiece final but fans have repeatedly complained of being ripped off by airlines and accommodation providers.

The price hike appears to have reached new levels with one Madrid hotel selling a junior suite for 9,999 EUR and their luxury suite for 20,000 EUR

The Wellington Hotel, located in Madrid’s upmarket Salamanca neighbourhood, is offering its Junior Suite for 9,999 EUR on the night of the final, 1st June.

The suite, 40 metres squared features one double bed or two singles, a small seating area and breakfast is included.

The hotel’s website says the suite is usually available for prices starting from just 378 EUR  per night.

A Junior Suite with a terrace, which is normally sold from 466 EUR per night costs 10,500 EUR for the same night.

And the hotel’s luxury 2-bedroom suite is being sold at 20,000 EUR for the night of the final.

The price is for four people in the suite which features two bathrooms, two bedrooms and “classic style” decoration.

At the other end of the scale Madrid´s usually budget friendly Hostales and Pensiones have seen similar eye-watering mark ups. With one in downtown Chueca increasing from 45 EUR a night to 1700 EUR for the night of the 1st June.

Liverpool and Tottenham fans have complained that their excitement of reaching the final has been tainted by the prices of flights and accommodation in Madrid.

Many fans have looked further afield taking flights to Alicante, Valencia and Malaga. Others have decided Madrid will be for partying only and taking trains and buses back to the cheaper coastal airports for the flight back to the U.K