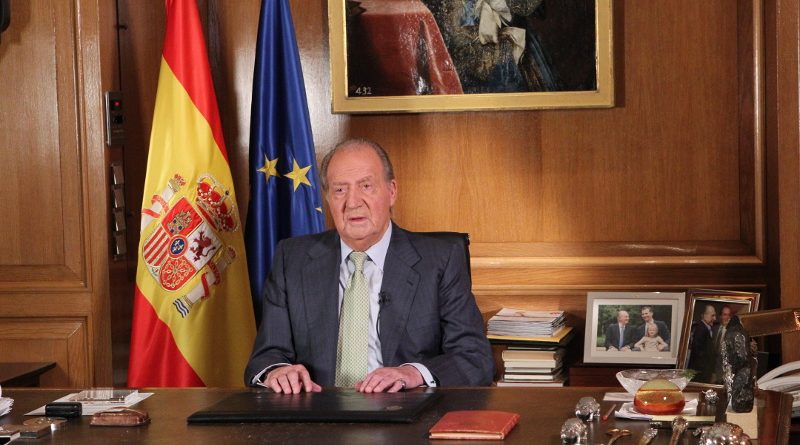 The former king of Spain, Juan Carlos I is believed to have left the country after having informed his son and present king, Felipe VI, of his “well-considered decision to leave Spain,” as well as his official residence at the Zarzuela Palace.

The Royal Household released the letter yesterday which reads:

Your majesty, dear Felipe, with the same zeal to serve Spain that inspired by my reign and faced with the public impact that certain past actions of my private life is causing, I wish to show you my absolute willingness to contribute to helping the exercise of your functions from the peace and tranquility required of your high level of responsibility. My legacy, and my own dignity as a person, demands it.

“A year ago, I told you of my willingness and desire to stand down from my institutional activities. Now, guided by the conviction to provide the best service to Spaniards, its institutions and to you as King, I am informing you of my well-considered decision to move away from Spain.

“It is a decision I take, with deep feeling but great calm. I was king of Spain for 40 years and during all those years I have always wanted the best for Spain and the Crown.

“With my loyalty always.

“With great affection, you father.”

The Spanish daily newspaper ABC reported that Juan Carlos had already left the country and had landed in the Dominican Republic.

The former king who came to the throne following the death of General Franco in 1975 ruled until his abdication in 2014 following a series of public mishaps and as well as a controversial hunting trip to Botswana in 2011 and the trial and subsequent imprisonment of his son-in-law Iñaki Urdangarin for the embezzlement of 6 million Euros of public funds.

However the former king´s troubles coninued with the opening of a money laundering case in Switzerland after the authorities raided the offices of a Geneva-based fund manager implicating the king in the scheme to launder alleged proceeds from deposits of  $100 million made in relation to the Spanish consortium that built the Mecca – Medina Saudi Arabian high speed train link.

In March 2020 , King Felipe VI renounced the inheritance of his father that included him as beneficiary of his father´s foundations and funds. The royal palace also announced that  Juan Carlos would no longer be receiving the  annual state grant of €194,000.

Although Juan Carlos is not yet under criminal investigation, the Swiss prosecutors have not ruled out the possibility that he will be in the future.

Earlier this year the Spanish prosecutor general, Dolores Delgado, decided that the information received from Switzerland will be investigated in Spain to determine if there is sufficient evidence that Juan Carlos committed a crime after his abdication ( he cannot be tried for acts committed whilst head of state) for the main charge of  money laundering and tax fraud.