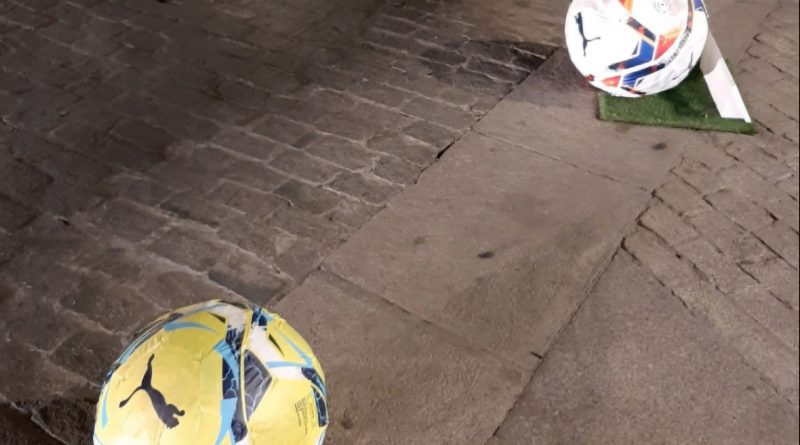 The Madrid authorities have decided to remove newly painted concrete bollards designed to look like footballs after a series of incidents and injuries caused by people attempting to kick them.

The realistic-looking bollard-footballs created as part of the capital´s pedestrianisation plan of the centre of the old town around Sol as well as to promote the start of the new Liga season were placed at the entrances to Plaza Mayor, Travesia de Bringas, Preciados, and Plaza del Callao.

The areas are popular with visitors to the capital city and the temptation for people to kick the solid bollards has proven to be very high with numerous injuries despite signs saying “Do not kick – heavy object.

According to the Spanish newspaper ABC, the bollards were placed in key areas to mark the start of the new La Liga football season on 11th September. They had been removed by the morning of 14th September.

The City Council confirmed that a large number of people had hurt themselves attempting to kick them.

The authorities have since replaced the bollards with standard concrete ones which also promote the start of the football season.

According to the newspaper El Mundo, numerous people complained that there was not sufficient notice that the ‘street footballs’ were likely to cause injury, despite being accompanied by a sign that said ‘don’t kick, heavy object’.

But Madrid authorities decided to take them away altogether after receiving complaints from victims and even apologised to angry netizens on 14th September.