The Spanish government has announced it will guarantee British residents’ rights even in the event of a no-deal in the forthcoming Brexit negotiations.

The Spanish government said it would allow British residents to keep their present residency ( changing  from the present EU procedure)  or apply for a reciprocal  residency status if the UK leaves the EU without a deal, giving them until December 31st 2020 to apply for permanent residency status. The measure was announced by Spanish Premier Pedro Sanchez and approved by the Cabinet on the 28th February.

British Ambassador Simon Manley, welcomed the Royal Decree saying “The UK Government’s top priority remains securing a deal with the EU that wins the support of the UK parliament. However, like any responsible government, the UK Government is planning for every eventuality. It has already announced a series of no deal contingency measures, published extensive advice to business and citizens, and has guaranteed the rights of EU nationals living in the UK”.

With less than a month until Britain is due to leave the EU, The British government has yet to receive parliamentary approval for the Brexit deal passed by the EU December 2018.

Spain has one of the largest British expatriate communities in the EU and has been at pains to reassure them that their rights will be protected after Brexit. More than 300,000 British citizens are registered on the “padron” in Spain and an unknown number unregistered. The new residency process would apply to around  400,000 people, said a Spanish government spokesperson to include an estimate of those presently unregistered.

Continued residency rights are part of a series of measures announced on Friday to protect Britons’ rights in Spain in the event of of a no-deal Brexit, including access to healthcare and social security. A previous agreement was approved to ensure continuing voting rights for British residents in Spain.

An amendment sponsored by Alberto Costa MP requiring the UK to  guarantee the rights of EU citizens in the UK in the event of a no-deal exit was noded through without a vote in February.

“Our main objective is that no British or Spanish citizen is left unprotected, neither they nor their relatives,” Spanish Foreign Minister Josep Borrell told a news conference.

“There are a series of measures regarding professional access to public roles, social security, healthcare, which are extremely generous so that there is no break from the current situation, access to university and all kinds of economic activity.”

On healthcare, which has been a particular concern to many British pensioners in Spain  the UK has offered to fund healthcare in Spain for UK nationals who would benefit from the S1 / EHIC schemes until 31 December 2020 on a reciprocal basis.  The UK is also protecting healthcare for Spanish nationals in the UK.  Through the Royal Decree, the Spanish Government has said that it will introduce measures that will protect healthcare for UK nationals in Spain, whether they be resident or visiting, utilising the pre-existing reimbursement mechanisms. Under the reimbursement mechanisms, the UK Government paid Spain £250m last year for the healthcare costs of British nationals in Spain, and the Spanish government paid the £4 million for the healthcare costs of Spanish nationals in the UK. 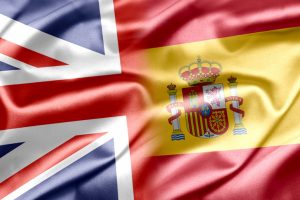 UK Health Minister Stephen Hammond said: “This is a positive step forward in securing an agreement which will enable British expats to access Spanish healthcare in the same way they do now.“This should also give reassurance to the millions of British tourists who travel to Spain every year using the EHIC scheme for free or reduced medical costs if they need to see a doctor or nurse.“Our next priority will be to continue our work with other EU member states, so that healthcare access for all UK and EU nationals are protected in a no deal scenario.”

The Spanish government approved a decree last month to hire nearly 2000 civil servants to deal with the any consequences of a no deal scenario.